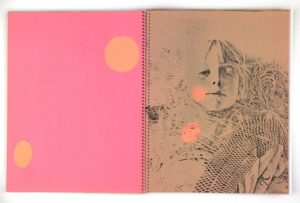 ‘In the absence of a feminist art we must invent it as we go along. Here is a start, please carry on,’ said the artist Kate Walker in 1974. Walker was involved in the exhibition ‘A Woman’s Place’ that year, which transformed the insides of a terraced house in southwest London with works of abject domesticity. Ripping its title from its townhouse address, ‘56 Artillery Lane’ looks to answer Walker’s invitation. Curated by Amy Budd and Naomi Pearce, this exhibition brings together contemporary and historical works of sculpture, film, installation, painting and publication, punctured by a live programme, to show domestic space to be as violent and visceral as it is precarious, abstract, witty, sick and sexual.

Explored here is the space of the home in feminist art and ‘feminist homes’, more generally: the cross-temporal communities we build as activists, artists, writers and curators, and the institutions we seek to bring down. ‘I will be chipping away at the walls,’ the scholar Sara Ahmed promised on her blog Feminist Killjoys, after resigning from her post at Goldsmiths, University of London, in protest against the failure of this ‘home’ to address the problem of sexual harassment. And many of the works on display here have a similar ‘killjoy’ attitude. For example, in Jenna Bliss’s film Poison the Cure (2017), installed in Artillery Lane’s top floor flat, the enslaved women workers at a contraceptive-making factory in Puerto Rico revolt against their forced containment, chipping away at the walls, by drugging their superiors.

Styling itself on magazines from the 1970s such as Spare Rib, Amy Tobin’s publication on the first floor, entitled 14 Radnor Terrace: A Woman’s Place, contains a rich critical history of the little-documented eponymous exhibition, alongside reproductions of transcripts, notebooks and the few archival documents that remain. It makes a feminist story from its fragments, and from oral histories, which agitates art history. But while the publication rescues the past, it also attempts to reconstruct domestic ideology in the present, through contemporary illustrations that intervene in Tobin’s art-historical narrative. With its androgynous, dancing bodies, Rudy Loewe’s Where I Can Be Seen (2017) states the desire for ‘HOME AS A SPACE WITHOUT GENDER BINARIES’. If ‘A Woman’s Place’ broke down the walls of the domestic, the authors of this book go about re-making it, opening up the possibility of intersectionality and difference within and around our closest spaces.

Domestic space in this show cannot be pinned down, but is instead marked by the ‘“across” formulations’ offered by Eve Kosofsky Sedgwick: ‘across genders, across sexualities, across genres, across “perversions”’. Barbara T. Smith’s erotic booklets speak for this desire (Coffin series, 1965–66), as do Ingrid Pollard’s angry, affective photographs (DENY: IMAGINE: ATTACK, 1991), and Steve Reinke’s intimate videos (The Hundred Videos, 1989–96); also Fiona Clark’s installation The Other Half (1997–99), in which the artist offers up visual fragments collected over a 22-year period that attempt to concretize the physical and emotional wounds she suffered in a car accident. Her bruised face is repeated across endless pieces of printed fabric, accompanied by her bruised words, stitched out in confrontation on stained sheathes.

The image of the cut is affective and physical, infecting many of the works on display: from Clark’s fragments to the pink flags of Maria Pinińska-Bereś’s sculpture Circle (Krąg) (1976) to the fetish print curtains (Brains, Beauty, Breeding, 2017) that frame Martine Syms’s three-channel film An Evening with Queen White (2017). I wonder if these fragments speak for the desire of the exhibition as a whole, as home is cut, then re-sewn, in feminist art and writing.

A review of Kate Zambreno's Book of Mutter for Art Monthly