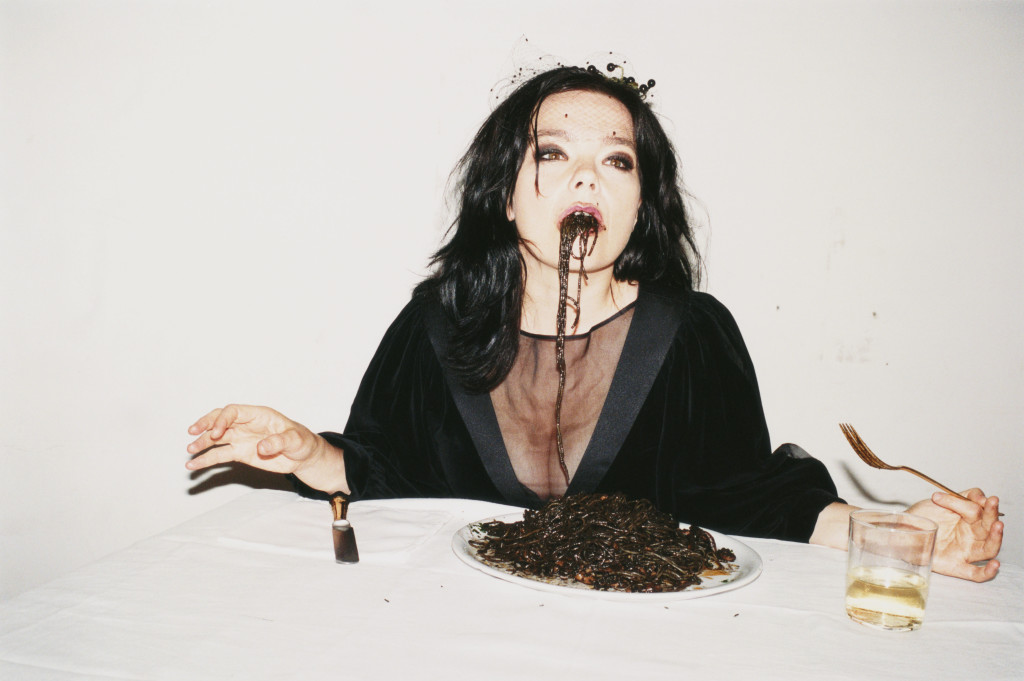 Standing on an outcrop of grey pleated rock, I can nearly see Africa, or I think I can nearly see Africa, as I try and make sense of this strip of blue that divides us. As Virginia Woolf wrote in The Waves (1931), ‘The sea was indistinguishable from the sky, except that the sea was slightly creased as if a cloth had wrinkles in it.’ In other words, we make of the sea what we can with our mind, with the material stuff we think we know already, reframed in figurative language.

I’ve been staying on the island of Marettimo, off the coast of Sicily, where the three hundred islanders move their furniture from living room to street, to watch television in public. It seems as if the rules of the suburb become submerged, even before the waves crash the defences. The owner of our B&B was lost at sea for seven months last year, kidnapped by Somali pirates. He likes to retell his story to the travellers passing through his unlocked home – a transitional, tidal fiction.

How we live with our surrounding oceans, how the sea sustains us, desires us, but also how we desire it, its deepness an excuse for reverie, was explored in Nottingham Contemporary’s summer exhibition, ‘Aquatopia: The Imaginary of the Ocean Deep’. Similar to Brian Dillon’s time-shirking exhibition ‘Curiosity’ (showing concurrently at Turner Contemporary in Margate) – in fact, both contain examples of the Blaschka brothers’ late-19th-century blown-glass creatures – Alex Farquharson’s group show is a busy bricolage of more than 200 artworks and artefacts.

As objects converse across the centuries, time becomes something fluid and formless. Steven Claydon’s squid-ink wall-painting makes for a cheeky, anachronistic backdrop to J.M.W. Turner’s Sunrise with Seamonsters (1845), of a beached piranha gouged with paint; while Jürgen Teller’s seedy still-life of a vulvic octopus, lying naked on crumpled bed sheets, hangs a little to the left of Lucian Freud’s Still Life with Squid and Sea Urchin (1949). The sea is a perpetual element of lunar return, as much part of us as around us. Chronologically, it’s an unknown, anonymous quantity, and the juxtaposition here between historical and contemporary objects is more a defiant curatorial language of temporality, or rather atemporality, aquatic and queer, than either a default fall into the Wunderkammer or performed eccentricity. Like the storytelling Sicilian, the curator clutches at things with tentacles outstretched, refusing linear narrative.

In many ways, ‘Aquatopia’ is a treasure chest of art-historical memories and moments. We’ve got everything going on, spread out over four galleries. In the final room are Gustave Doré’s illustrations to ‘The Rime of the Ancient Mariner’ (1797-98), a predictable climax, perhaps, but it comes after frantic face-offs with the Romantic Sublime, reframed as shipwreck in Francis Danby’s The Deluge (1840); after Edward Wadsworth’s beachy Vorticism; after Barbara Hepworth’s tidal Modernism; after 1970s feminism, with Hannah Wilke playing selkie to The Who’s ‘The Real Me’ in ‘Hello Boys’ (1975); and after all the different strands of contemporary art – political film, found objects and found animals (Dorothy Cross’s 2010 Relic hangs suspended from the ceiling, a savaged shell of a shark). The theme is the ocean, then, and the human imagination, as sexual as it is superstitious. This is a broad net for a single exhibition, and sometimes the groupings of ideas, movements and mediums feel too disparate; it is imagery, rather than concepts, that recur throughout in curatorial patterns.

Sometimes the stuff here descends into canonical cliché, such as Bernard Germain de Lacépède’s Moby-Dick etchings (1839). But in the ways ‘Aquatopia’ has been jumbled, resisting continuity in revengeful appropriations – as seen in Guy Ben-Ner’s domestic restaging of Moby Dick in his white kitchen – the exhibition offers up an artistic Atlantis. In the film Hydra Decapita (2010), the Otolith Group reconstructs the science fiction imagined by Detroit techno group Drexciya in the 1990s, whereby bass and beat was the background to an underwater fantasy labyrinth, populated and reclaimed by African slaves thrown overboard a ship. Like the exhibition itself, the film folds fiction and reality together, rejecting temporal brackets for the sake of political retribution.

With its objects collaged and resorted, ‘Aquatopia’ asks us to dive a little deeper in caves unknown, to discover new dialogues between existing histories. It would be more appropriate to say that while the literary archetypes that are laced throughout conform to the dead, white and male template (from The Odyssey to The Tempest and on, of course, to Moby-Dick), the ways in which the leap from the ancient page to the contemporary space has been recast and reimagined, turns these narratives into vital pools of language, as available as the image of Teller’s open octopus. All are for filling in, even if the ink refuses to be contained.

A review of the Cindy Sherman-focused, group show at Spruth Magers in London, published in frieze, April 2013
Next Review

A review of Jonathan Baldock’s exhibition at Chapter in Cardiff, published on the frieze website