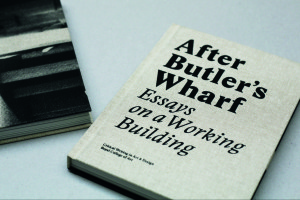 The water from upstairs started leaking through the floorboards, soaking the contestants in the dressing room a floor below. (Miss Hackney didn’t mind, being a mermaid and all.) The cloakroom and toilets were below deck too, and by midnight, the whole of Butler’s Wharf went black: the lights fused across the entire building, the men’s urinals started overflowing, and the cloakroom staff abandoned ship. Hand-jobs multiplied in number in the darkened anonymity of the scene. A stampede of revellers fought for a quickened exit out of the building, scrambling for their Dior in the dark. The Hollywood star Caroll Baker (‘a bit like Pamela Anderson, but without the synthetic tits’), was one of the judges that year, along with Kevin Whitney, Eric Roberts, David Hockney, Robert Medley, Fenella Fielding, Celia Birtwell and Gerlinde Von Regensburg. Baker wore a gold sequined dress and a white fox coat, but the scatological atmosphere soon dirtied her glamour: her hem was stained by primitive piss, and her fur caked in someone else’s vomit. She was seen leaving shoeless at the end of the evening.

It’s no longer the morning after the night before, but four decades post. Canary Wharf has happened since, and so has cocaine. The drunken high of memory is an act of stumbling narrative: it twists, shuffles and trips, down the stairs and out the door…

Shown as part of the Royal College of Art graduate show in 2013, this book contains an extended essay that takes the life and work of the British avant-garde novelist Ann Quin as its subject
Next Essay

Catalogue essay published to coincide with the exhibition What Will They See of Me? (Jerwood/FVU Awards) at Jerwood Space, London, April 2014