The Bark Babe, and friends 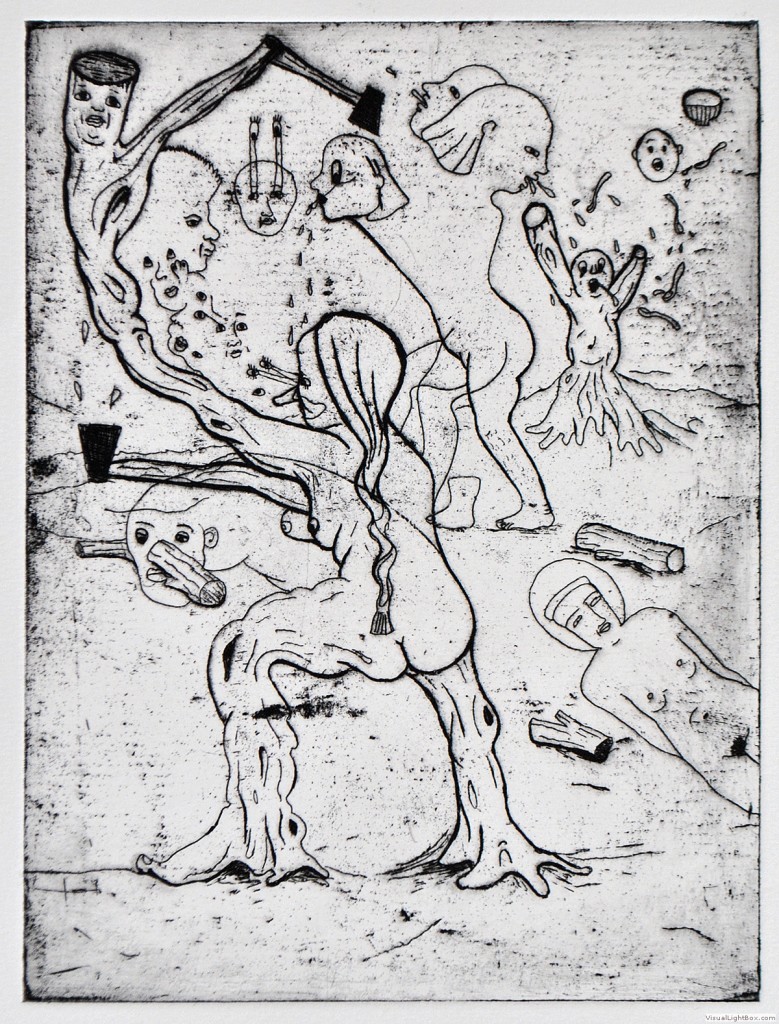 Once upon a time there was an ogre with hair as long as Rapunzel, and limbs as long as her hair. She had ripples in her skin that would flake away like bark, or grow moss in the rain. Craters would form behind her knees, and in her crotch, then fill with water. Weeds and insects hugged her woodchip shell, often crawling towards, in, and around her cunt, as if an Ana Mendieta earth-body-sculpture. Just like in Tree of Life from 1976, when the artist, covered in mud and grass, eyes closed and arms open, literally became part of the landscape: a sensual, erotic merging.

But that’s skipping forward, too quickly: the ogre of our story is a primeval feminist, as dislocated from time as her body is mangled and severed in places. She liked to commit the crimes that had been done to her, this armless creature, with rotten and raw tree-trunks for legs. And she had a long nose, like witches do, as lethal as a knife, or an axe. It helped her smell the flesh she craved round corners, the dark and mysterious pathways that made up the woods she called home. Why should it always fall to me to clean and cook? She often thought to herself. The boys would pay. No longer would they pinch her ripe bum-cheeks, and grab at her bark flesh: she would cut off their heads and cook them first, then eat them as a delicious meat stew with a glass of wine for one. Red with red.

scrolling the banal babe, in the work of Clunie Reid

I was invited to contribute a text on the work of Clunie Reid to accompany newly commissioned works by the artist for the Photoworks Annual, themed ‘Women’
Next Essay

An essay for Cabinet magazine that considers the use of autobiography in 1960s/70s avant-garde literature and art, by way of an unpublished manuscript written by the unknown author, Clive Curtis